Kanazawa is the first place I have had experience of living with snow. Snow in Dublin is a rare, mainly icy, occurrence, and the year I lived in Bologna it did snow, which wasn`t usual, but it didn`t stick around. Kanazawa is on the Sea of Japan coast in the Hokuriku region which is (in)famous for its winters. While it doesn`t get the below-zero temperatures and powdery snow that Hokkaido gets, nor the meters of snow in the mountainous regions, Hokuriku gets the cold air currents down from Siberia over the sea which dump a lot of thick wet snow on the region when they come up against the mountains. Cars are required to have snowtires by early December, and the snow season lasts until March. Because winter temperatures usually remain above freezing point, many of the city roads have sprinklers to melt the snow. This results in the roads and paths being full of slush, except for when the temperature does go below zero and they become icy slip hazards. Snow that is shovelled into mounds at the side of the road become compacted to ice until well into Spring. This year has been quite mild actually, as there have been periods of no snow, so these pictures are from last year when I was snap-happy with wonder. As annoying and uncomfortable as it can be, I do think it`s really beautiful, the snow here is so fluffy and makes everything look like it`s iced with meringue. I`m ready for Spring to come now though. 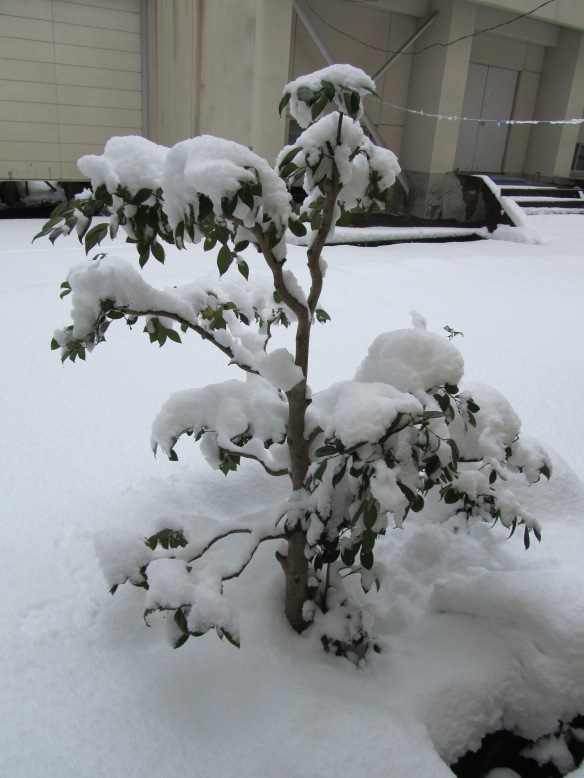 Above is the old Kanazawa University building, abbandoned when it moved to a new campus out in the mountains. 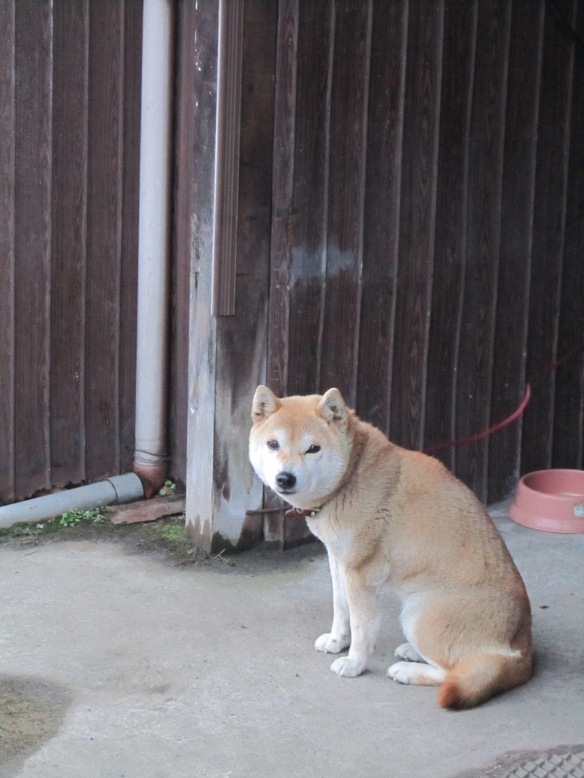 This dog lives near me and sits outside a lot, I think it`s a native Japanese breed, maybe a Shiba-inu. It`s very small, quiet and cute anyway, and I`m not even a dog person. 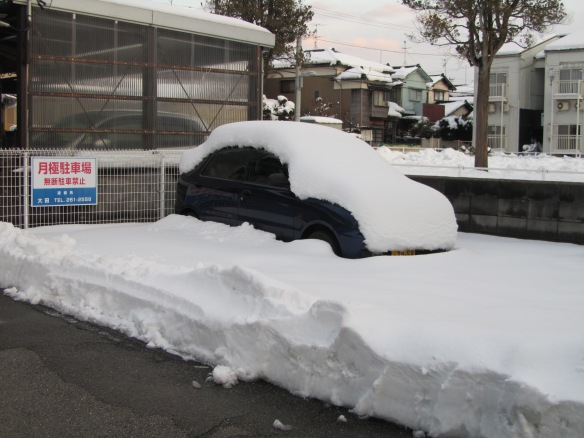 Above is a tree being supported by yukizuri to withstand the weight of the snow. Around November every year, yukizuri are attached to the trees in Kenrokuen garden. Below are some pictures from the light-up there last year, though it was late in February and the snow wasn`t as thick.