Here are some photos of the opening day of the January 2016 Sumo Tournament at the Kokugikan in Ryogoku, Tokyo.

Endō Shōta is a popular high-ranking wrestler from Ishikawa, where I lived. My sister wasn’t wearing kimono so this was the perfect photo opportunity. 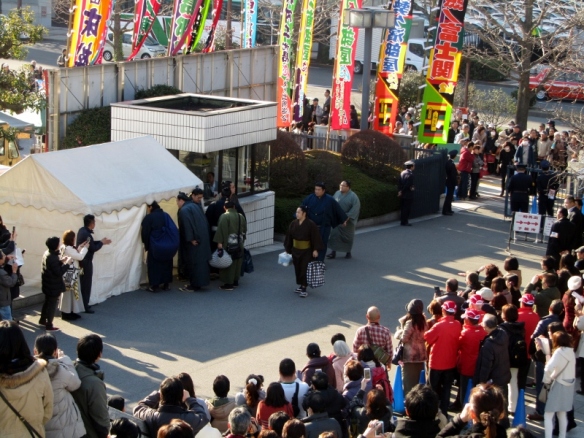 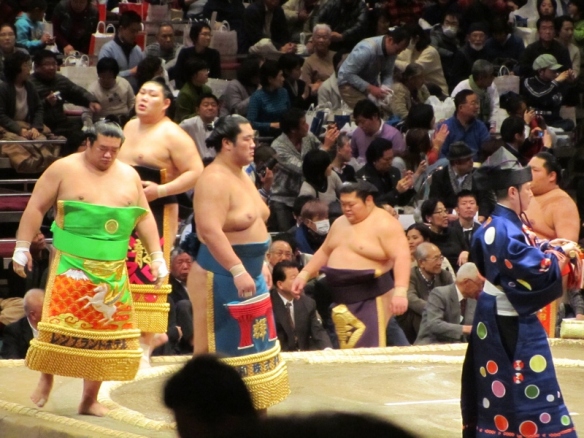 Endō in his keshō-mawashi apron depicting the gate of Kanazawa Station during the ring-entering ceremony. 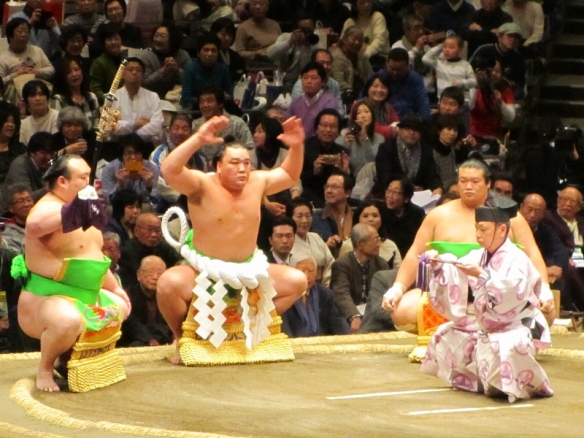 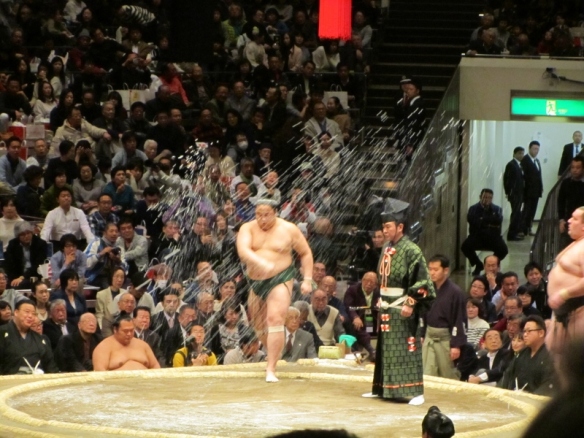 There are quite a few foreign wrestlers, the most famous being the Mongolian Hakuhō Shō who holds the record for the most undefeated tournament championships. I can’t remember who this wrestler is, but there are some high-ranking wrestlers from Hungary, Bulgaria and Georgia. 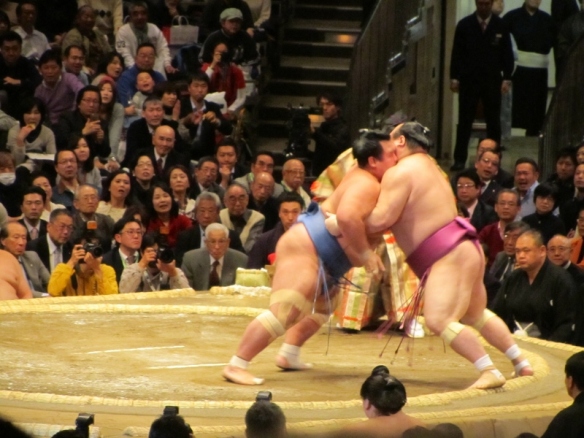 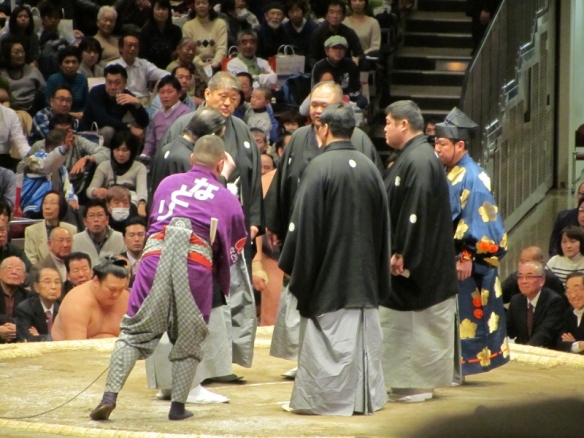 After both of the wrestlers had tumbled off the platform onto some people sitting at the front (luckily no one was injured), the referees and judges conferred over the winner.

Because it was the first day of the tournament, the Emperor and Empress came to watch. 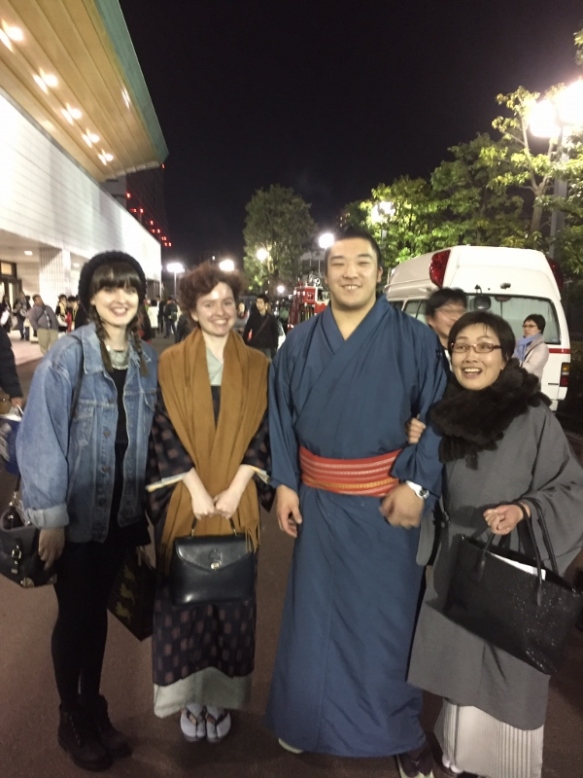 As we were leaving, my friend who invited us to the tournament grabbed a passing wrestler so we could get an authentic photo.